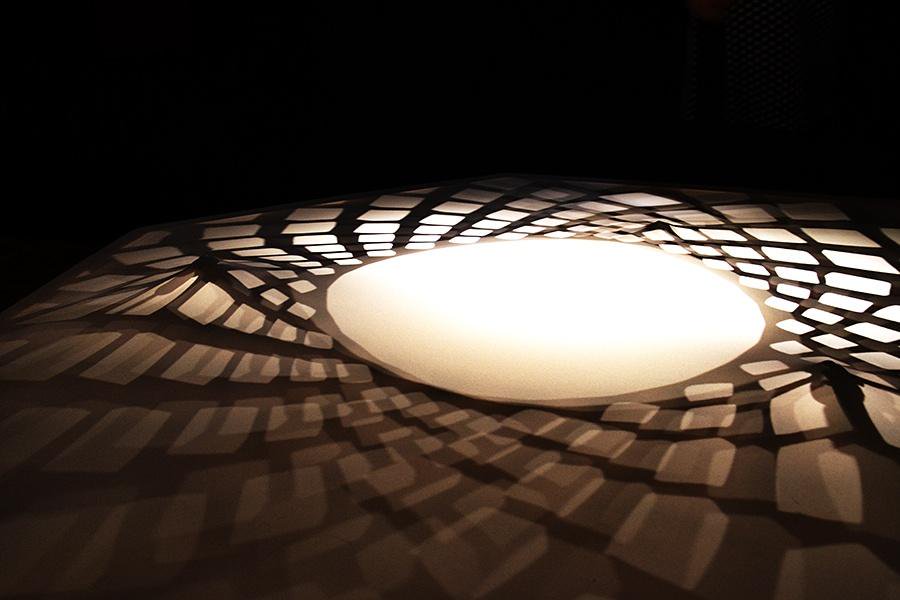 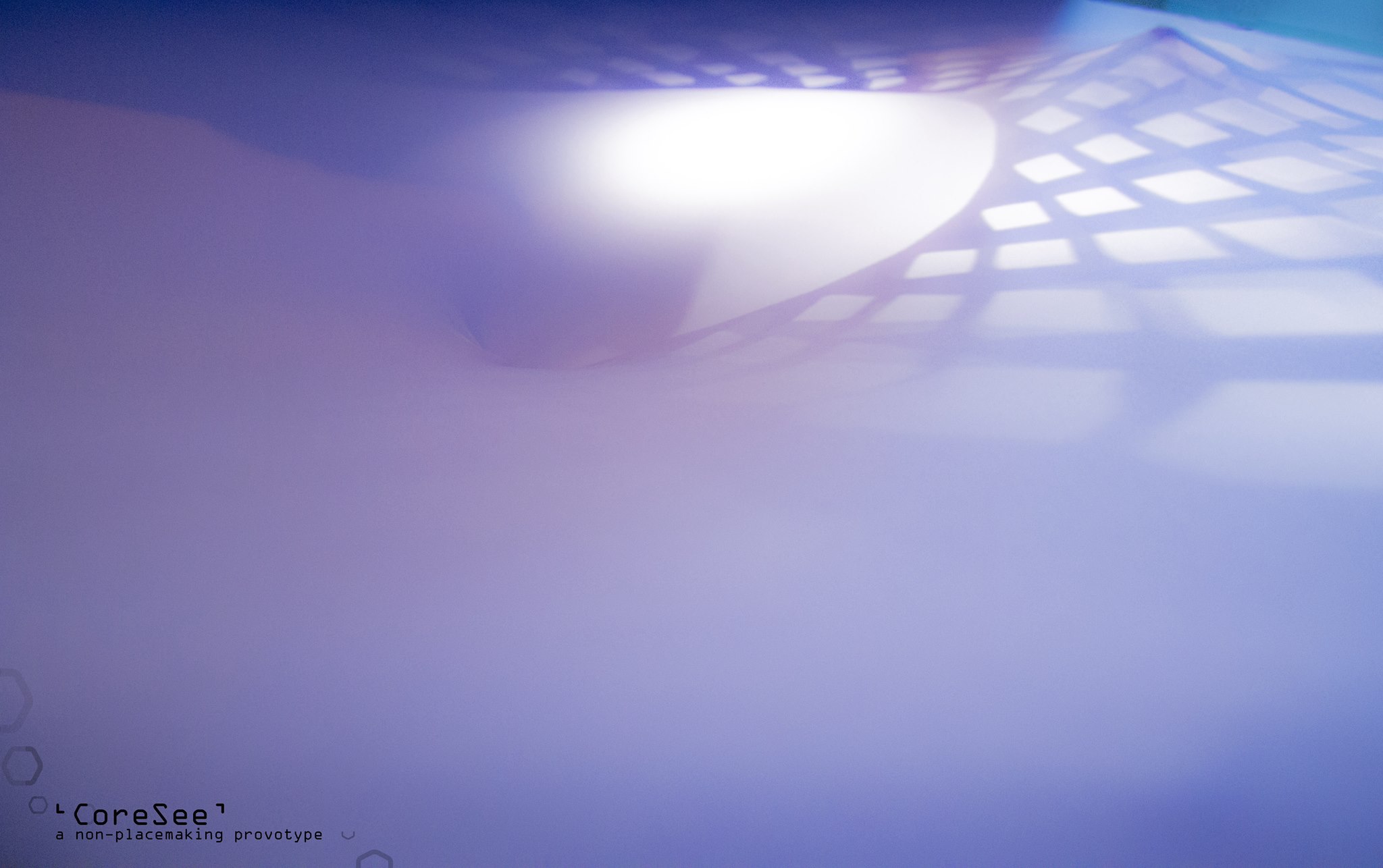 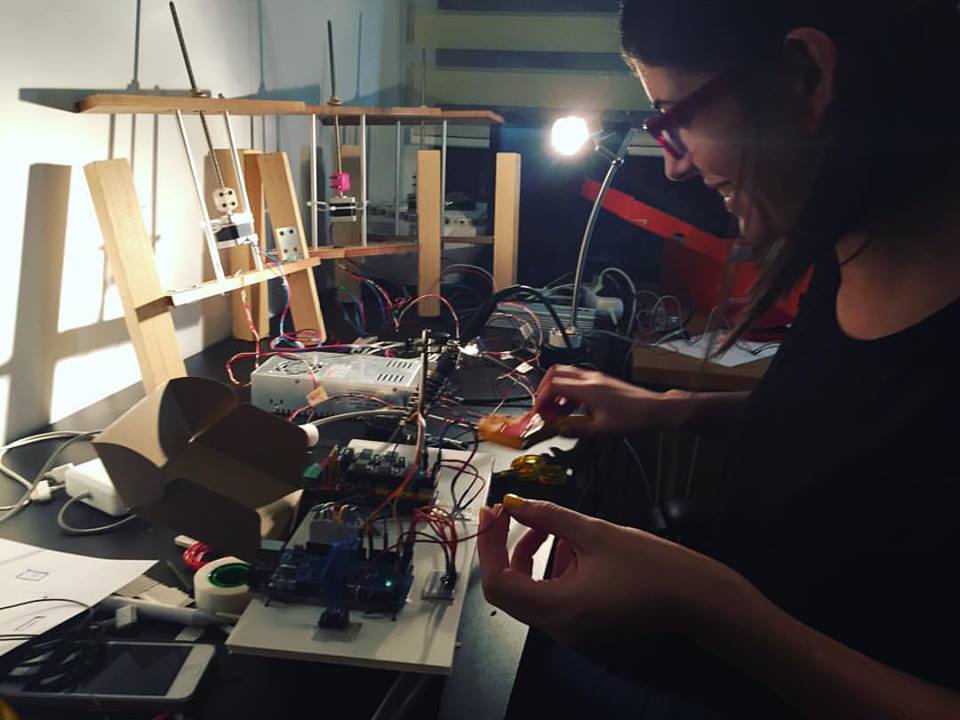 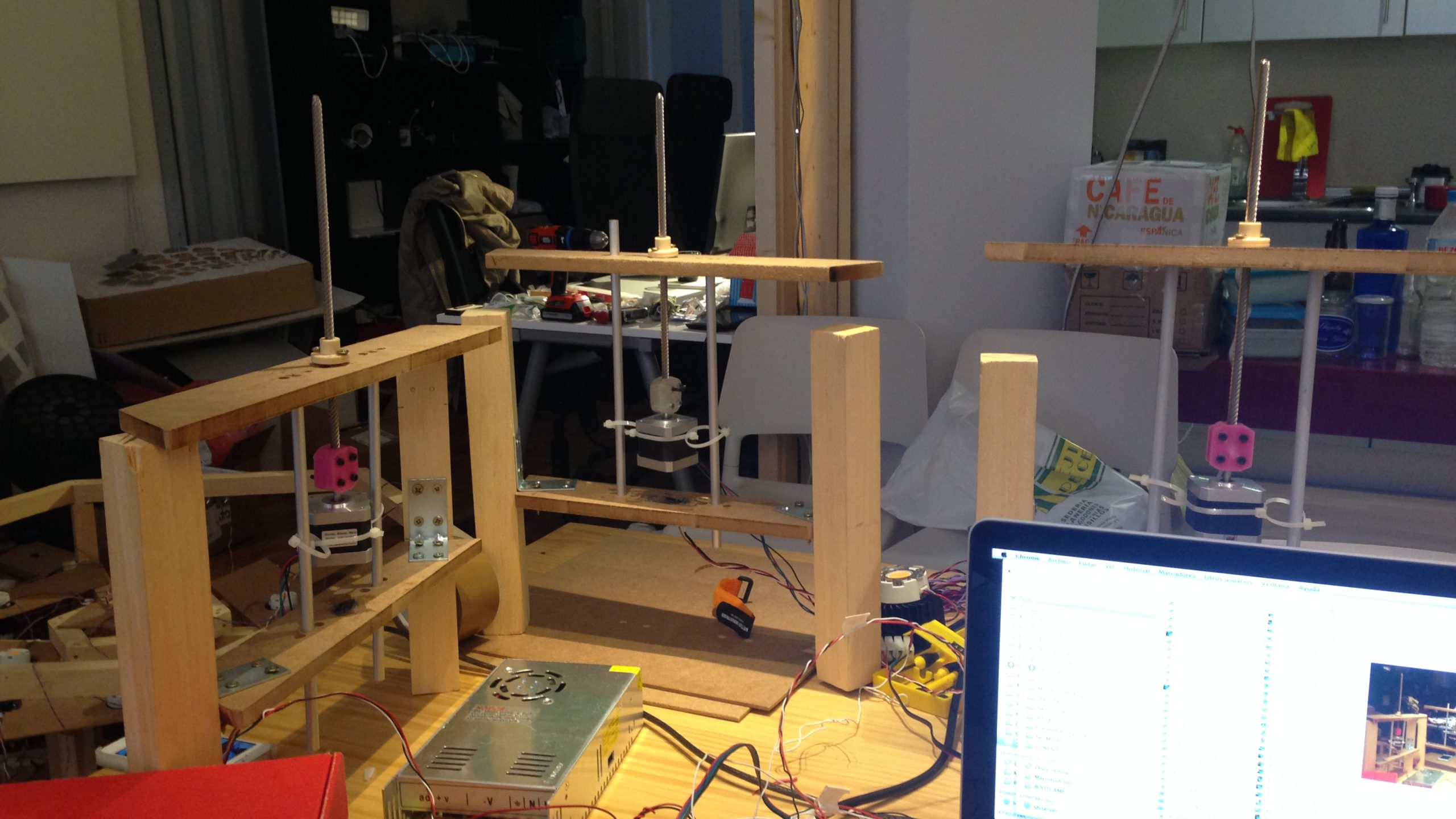 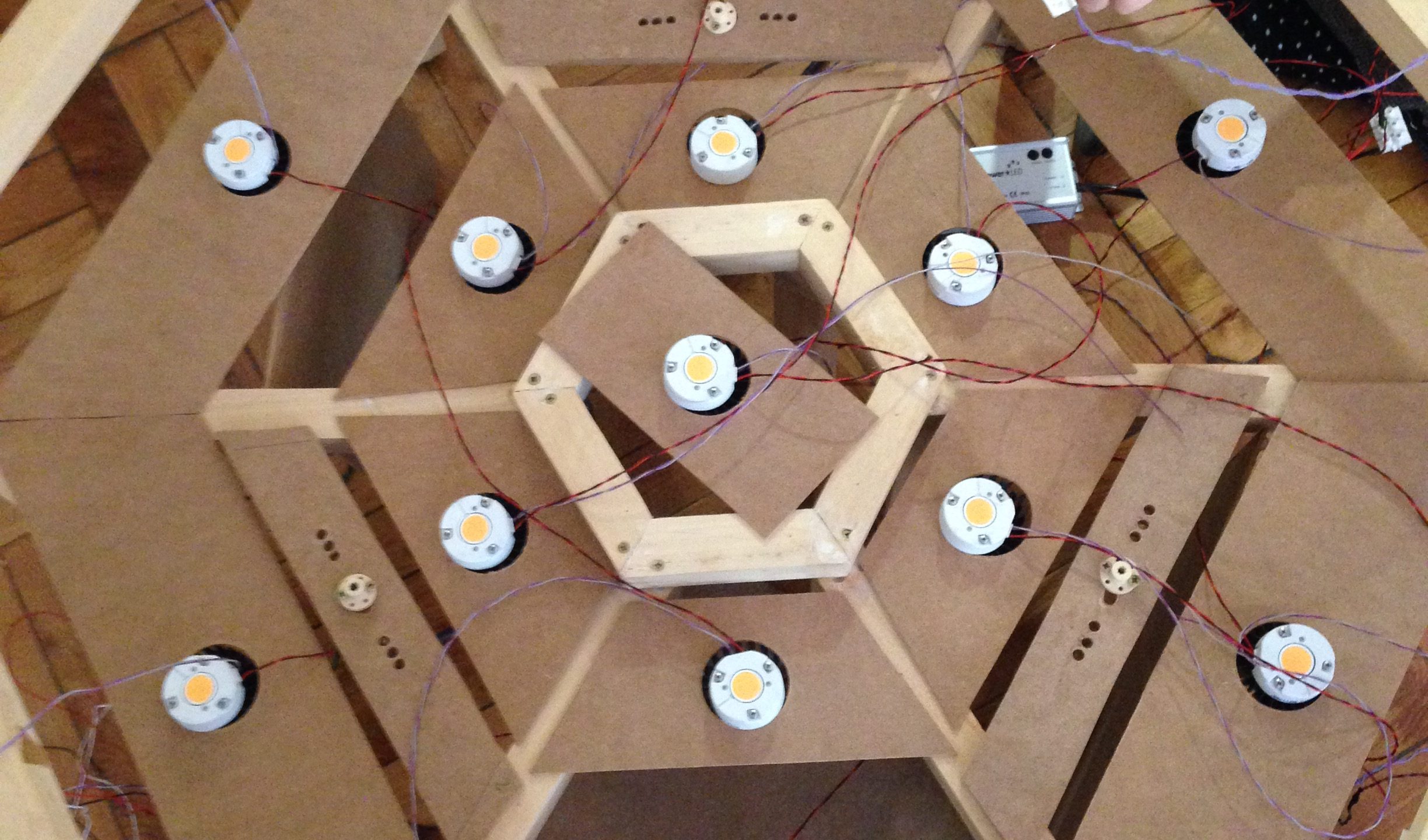 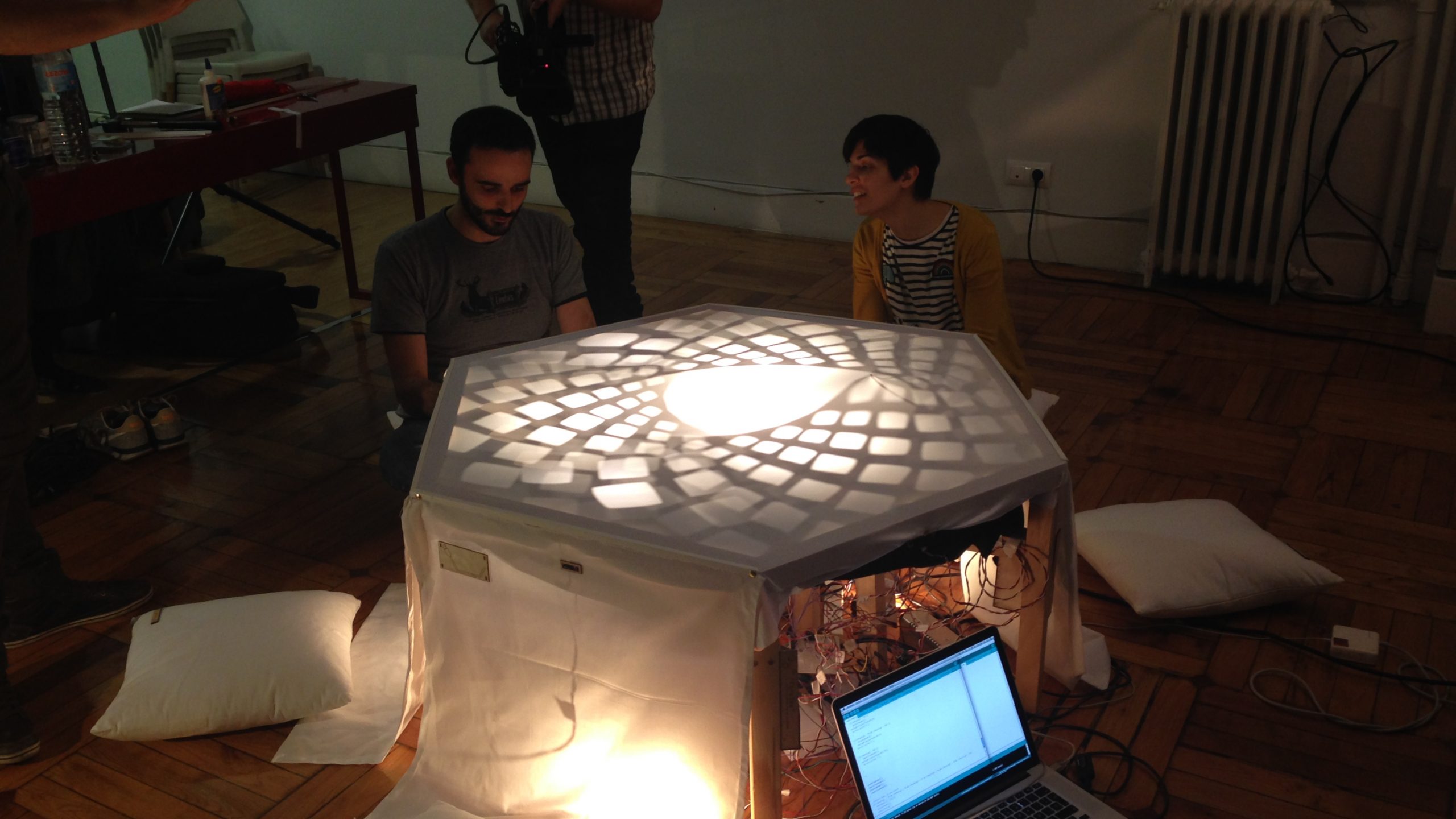 CoreSee is an interactive installation which will serve as a “provocative prototype” to raise discussion about “non-placemaking”, a concept introduced by the designer to explore the potentials of lighting design in promoting the quality of a neglected category of space, called “non-place”.

Living in cities, we seem destined to spend an increasing percentage of our time in “non-places” (for example waiting in places of transit) which lack originality, meaning and personal relevance. That said, the fact that necessary activities take place there, make it a potential context for design to enhance sociability, simply because people are there.

This kinetic installation creates morphic light and shadow patterns activated by the users’ presence. CoreSee also works as a charging station for mobile gadgets, as an “excuse” to examine triggering social interaction among the users of non-places.

The research, headed by Mahdis Aliasgari, is being carried out in collaboration with Lighting Design Collective Spain and Xicato USA. Mahdis was one of the finalists in The Challenge.

* CoreSee is inspired by Korsi, a traditional piece of furniture in Iranian culture consisting of a low table with a heater underneath it and blanket/carpet thrown over it. During meals or special events such as Yalda (longest night of the year) family members used to sit on the floor around it.

SPECIAL THANKS TO LIGHTING DESIGN COLLECTIVE TEAM AND MAKESPACE MADRID