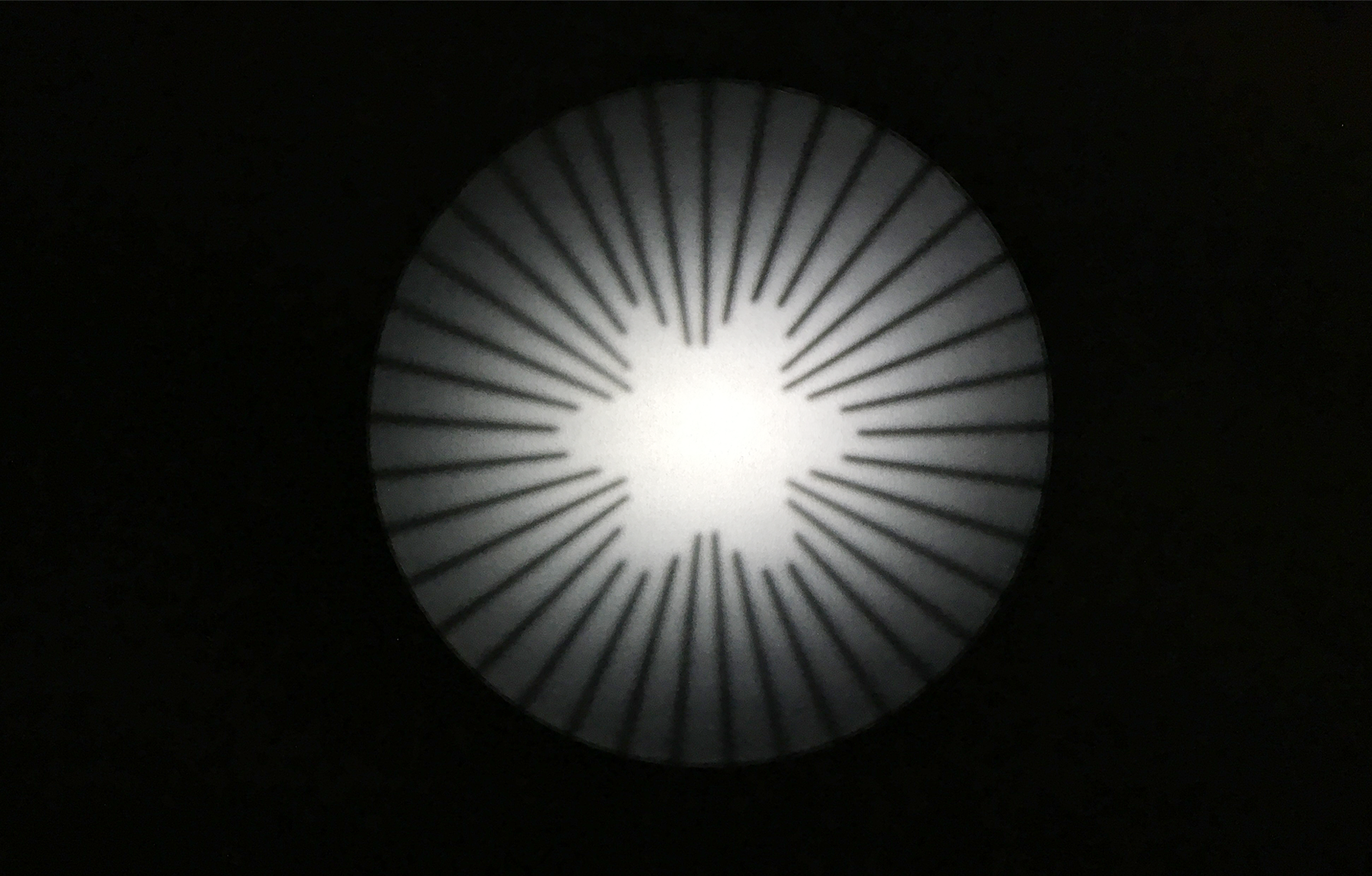 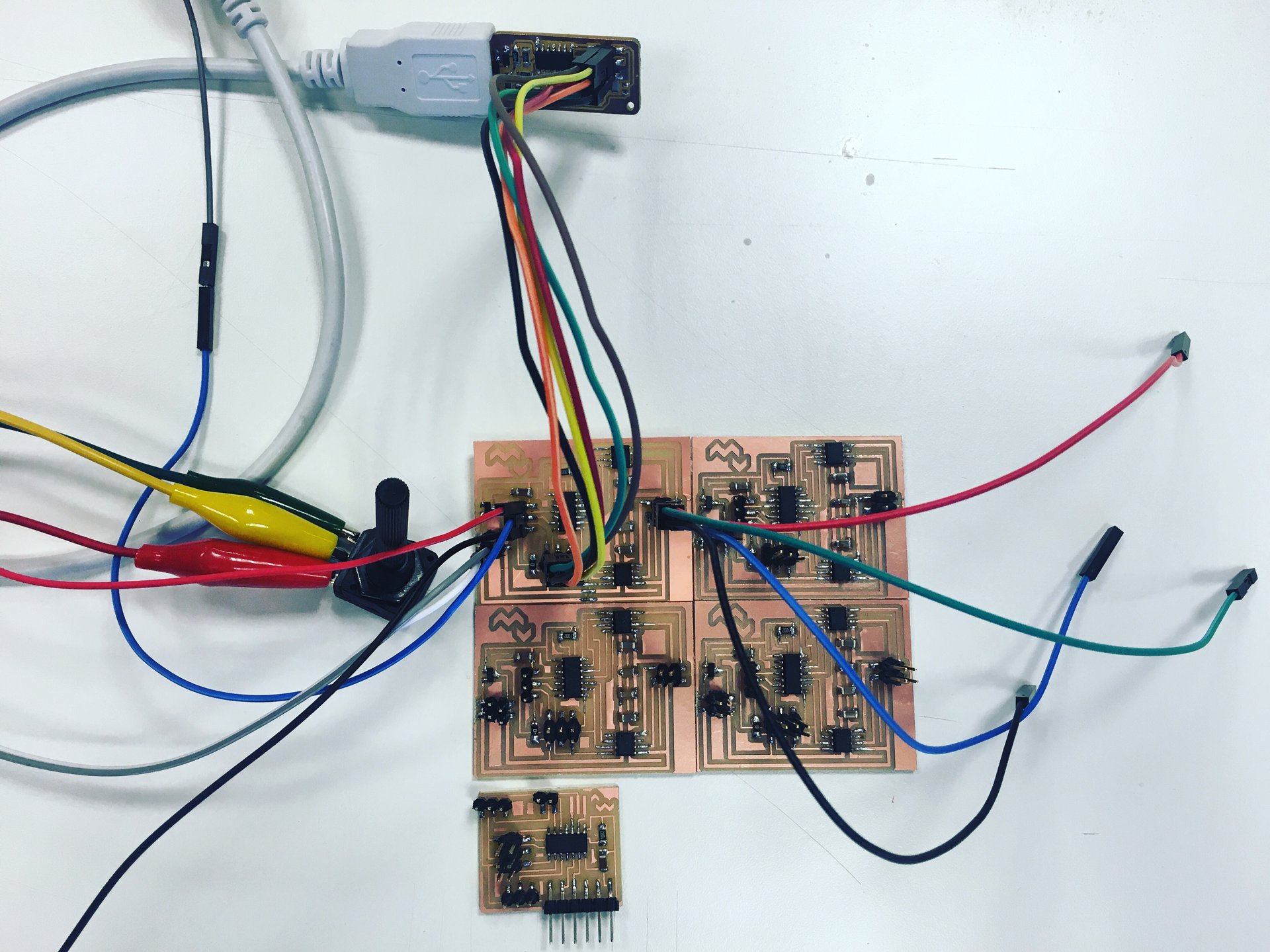 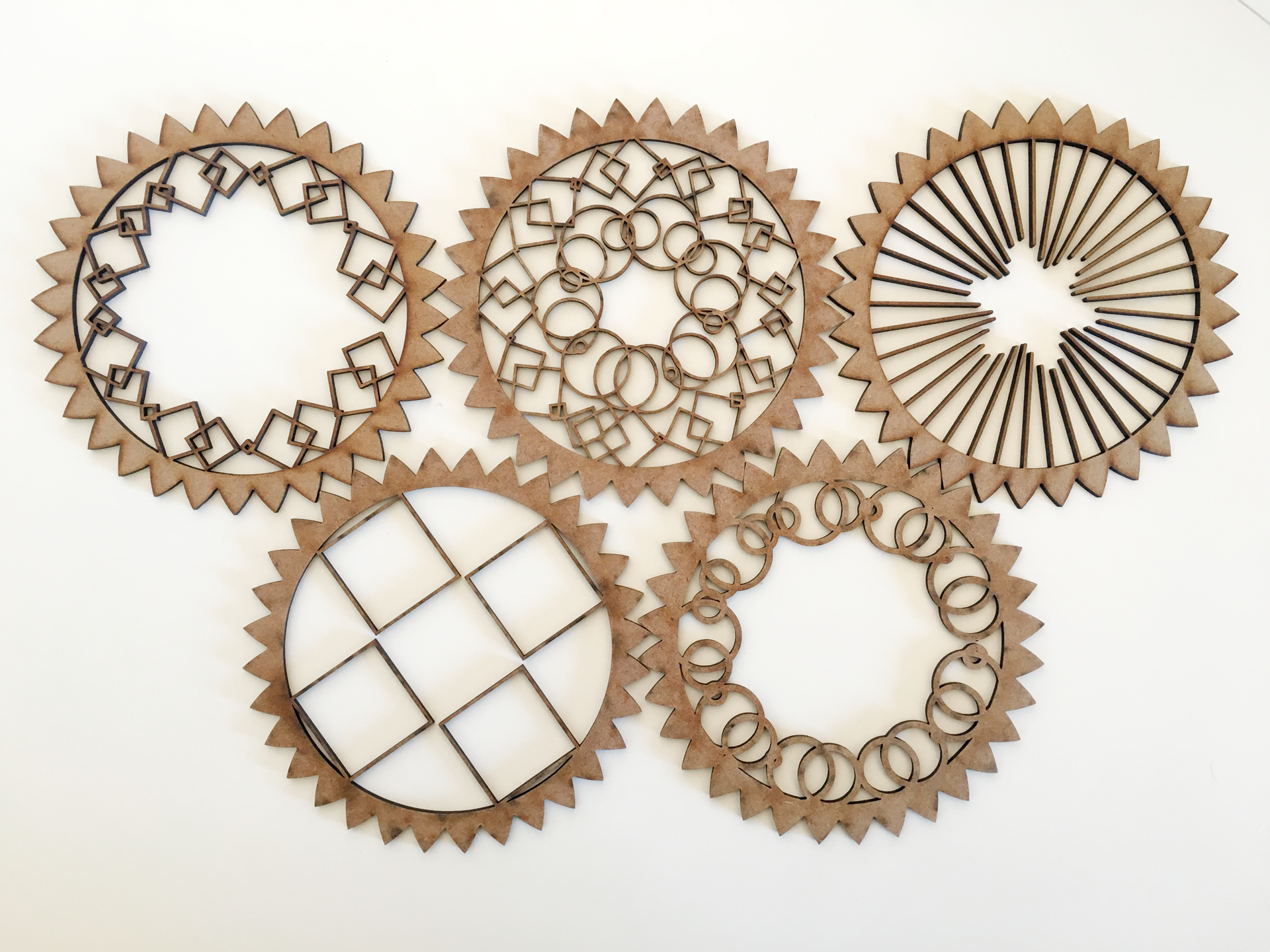 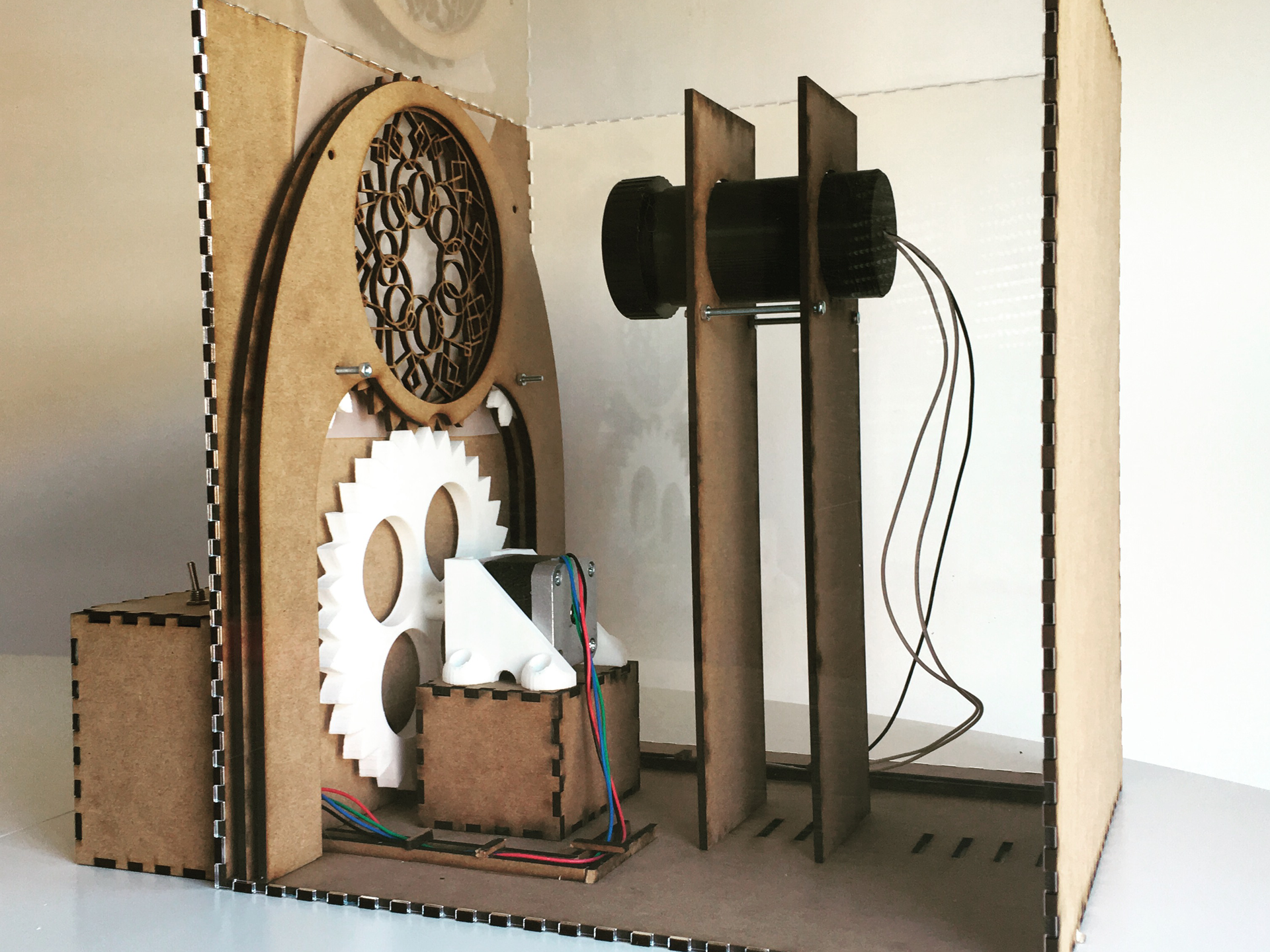 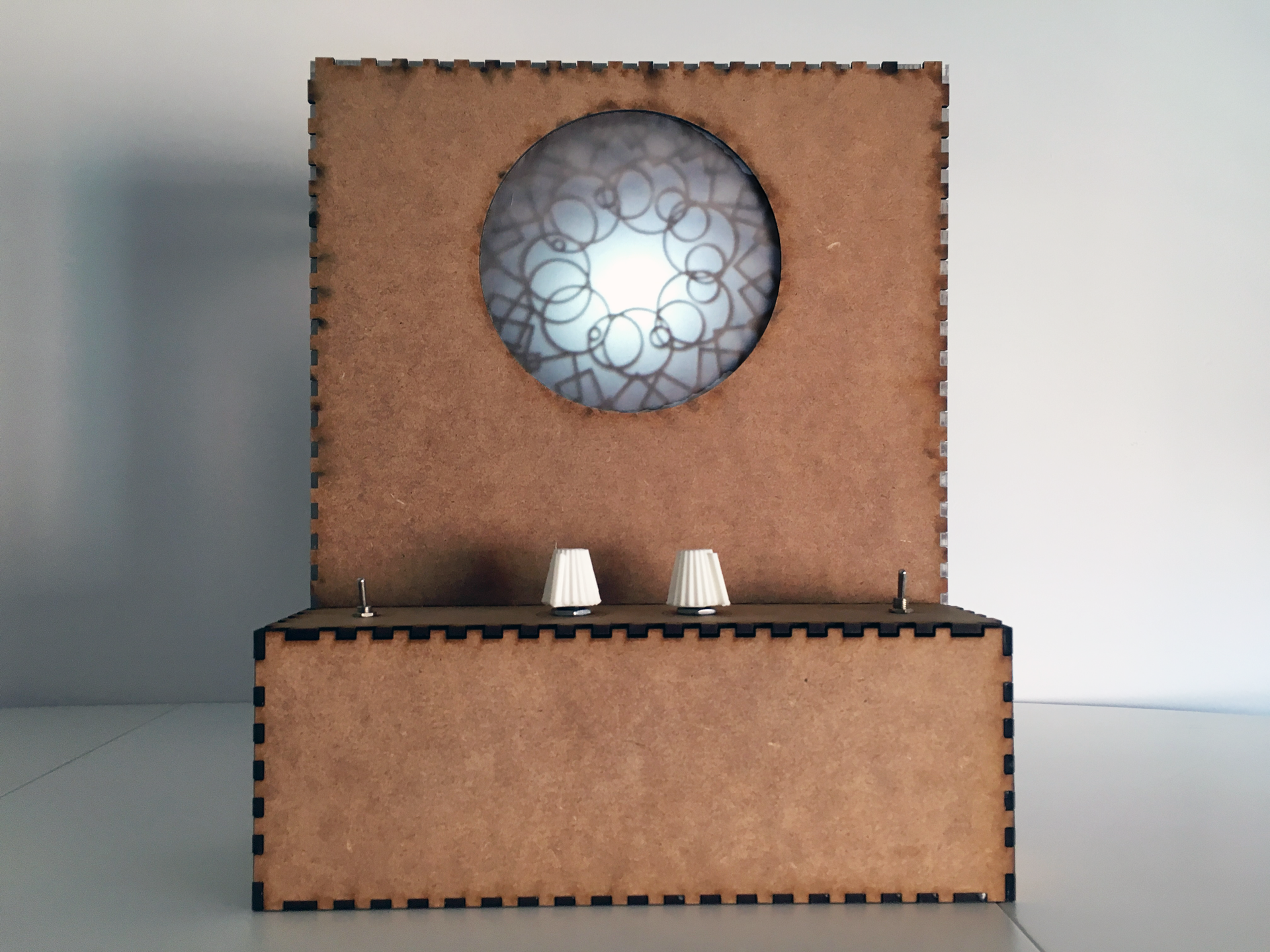 In 2016, I cursed the fabAcademy program (Fab Lab UEM – Fab Lab León).
Eixo was my final project, it´s a device developed in two weeks, which purpouse was to create animations and geometrical patterns in a analogic way, only using motion and light. All of the components (except the stepper motor) were built at the fablab. The patterns were generated using an app developed in Processing.

Here is the whole process of the two weeks.