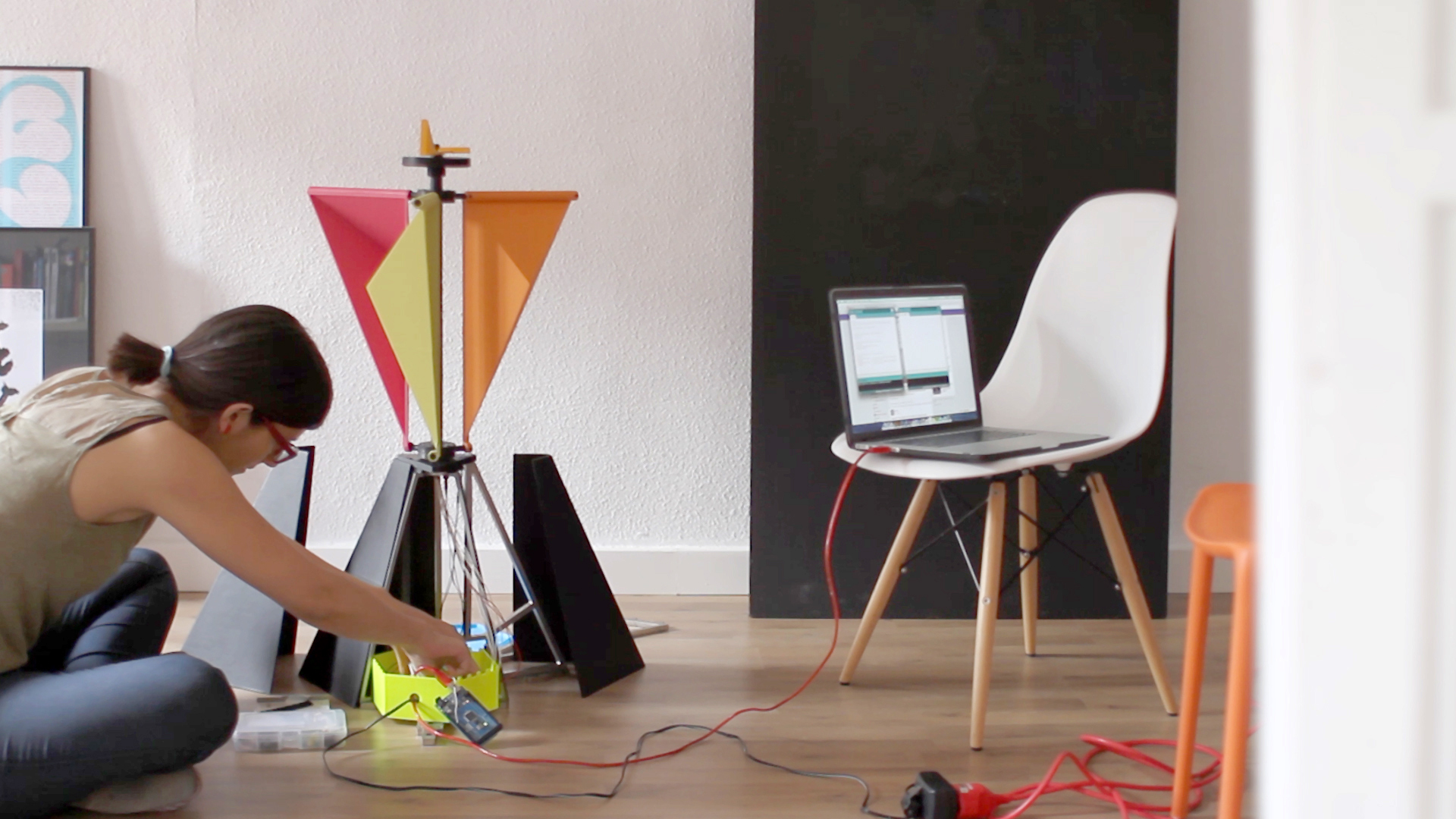 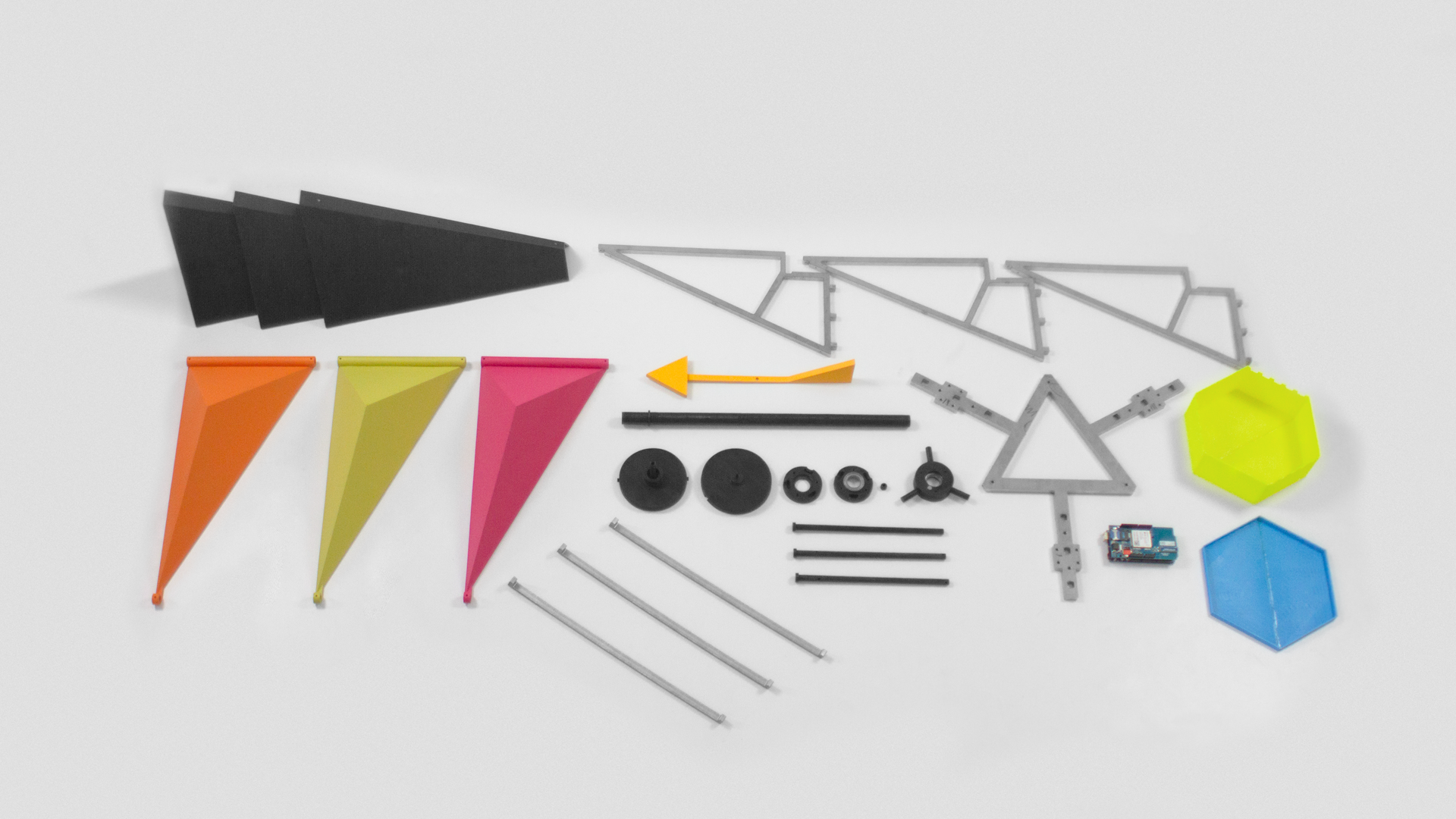 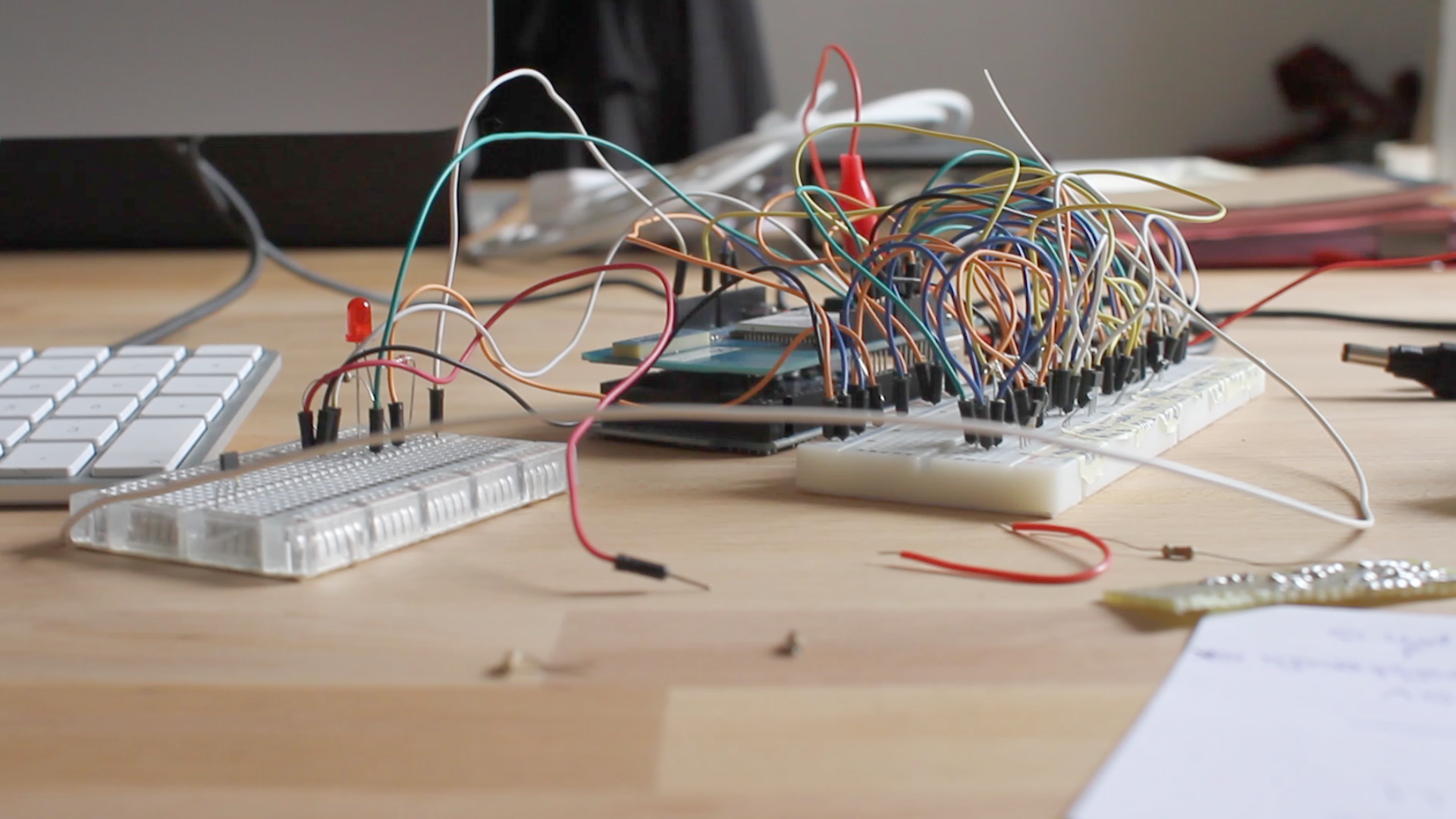 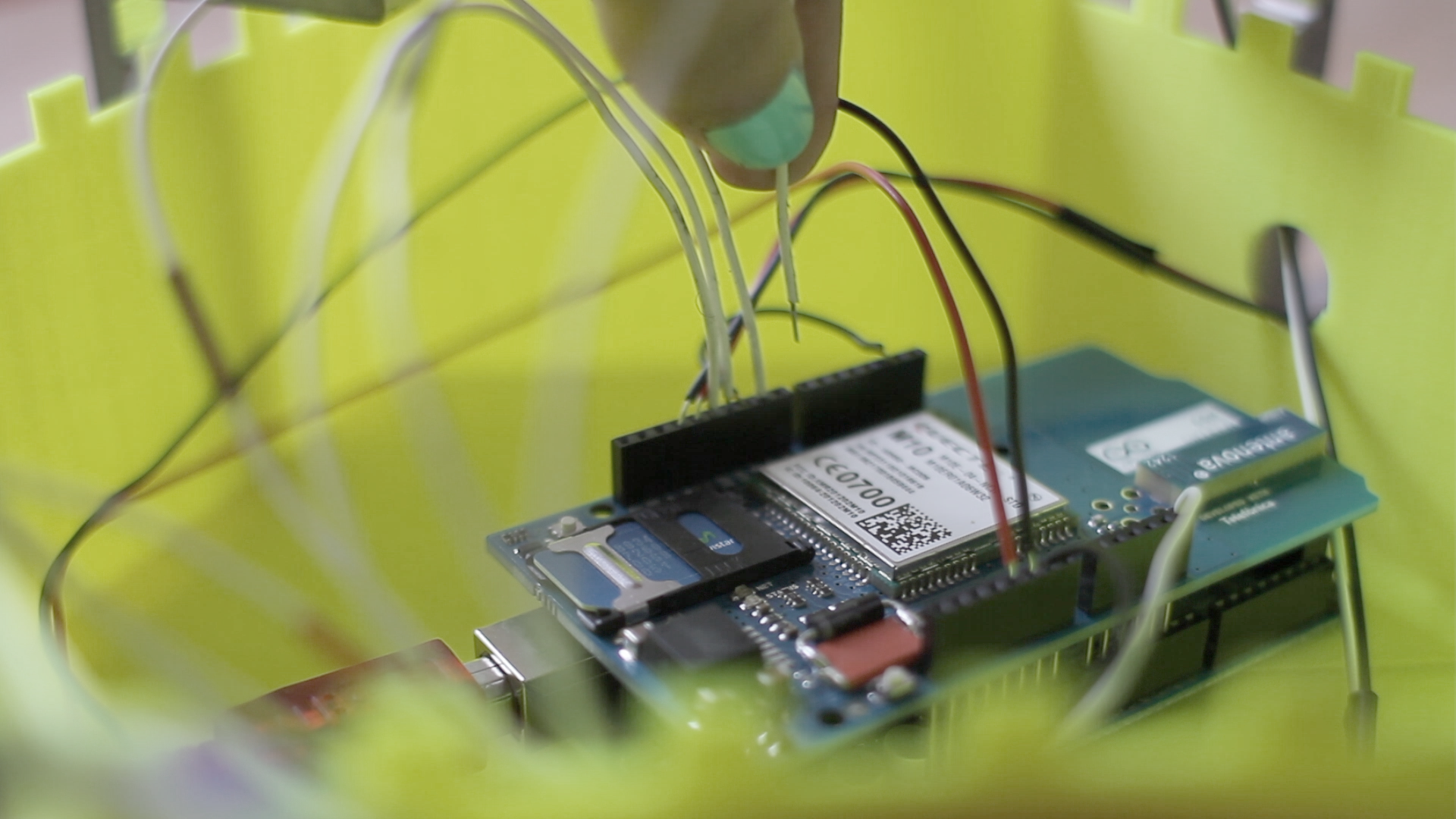 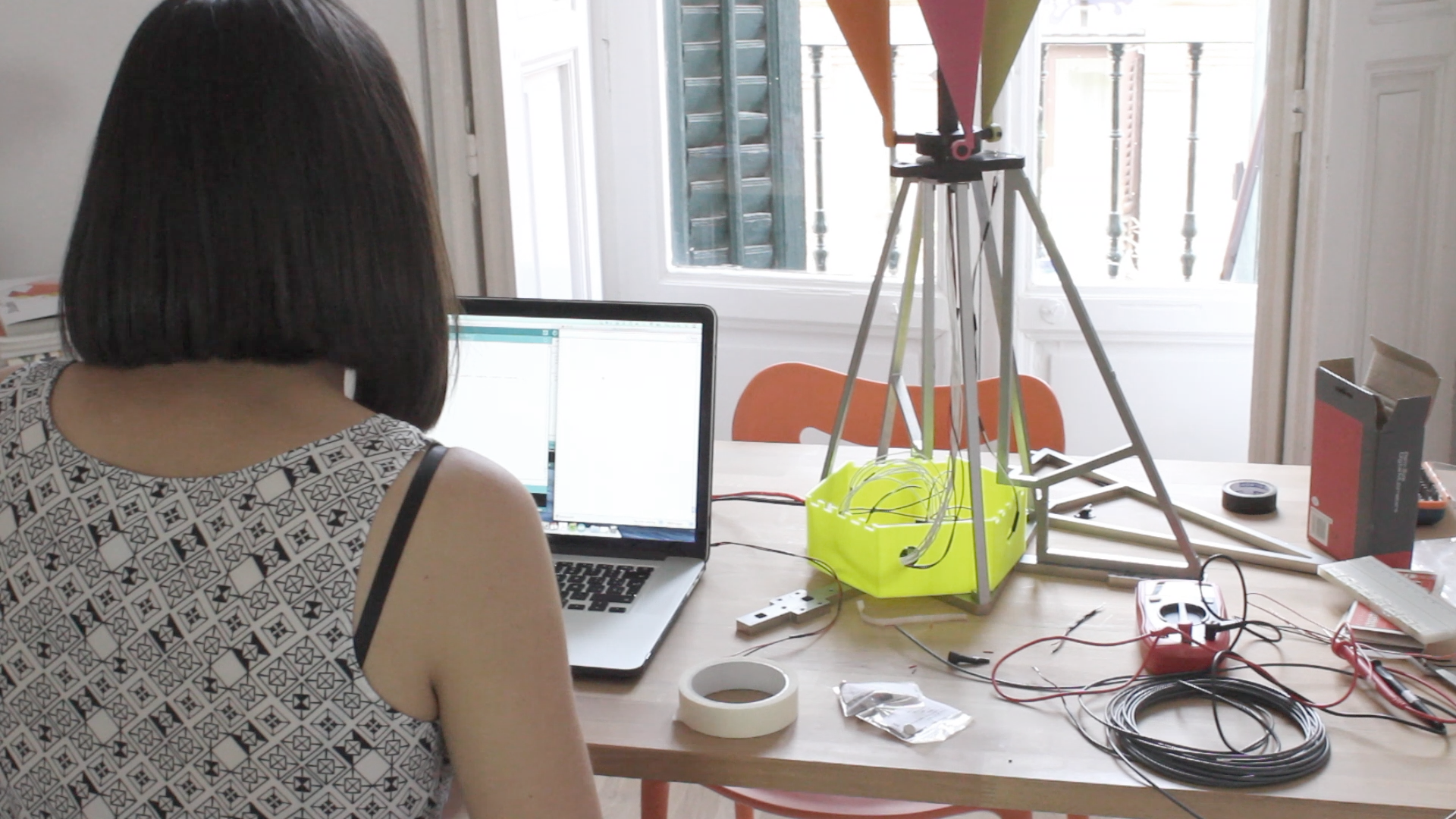 Wayra is the Telefonica’s startup accelerator. This project is an homage to entrepreneurs.

Kallpa, which means «strength» in Quechua, is a wind speed and direction measuring device (Wayra means ‘wind’ in the same language). This device, installed on top of Telefónica’s building located on Madrid’s historic Gran Vía, collects wind data in real-time that is converted into the movement and sound of interactive visuals that you can see on kallpa.wayra.co The unit of Km/h collected is translated into the speed of the particles that move on the screen, while their direction is obtained by a weather vane and eight magnetic sensors that represent the cardinal points of the compass.

Kallpa has largely been built using 3D printing technology. An open source microcontroller (Arduino), sensors and a GSM extension, co-developed by Telefónica R&D and Arduino to facilitate an internet connection using GPRS, are contained inside it.